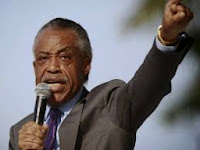 When the Ferguson protests were only kicking off, before the tear gas and rubber bullets and national attention, Joe and I had a heated conversation regarding Mike Brown, and my point boiled down to the following (be careful not to get offended, because I don't give 2 shits if you are):

"This kid sounds like a wannabe thug to me. According to his own mother, he barely finished high school with a delay into the Summer. According to his own friend [and only witness that had come forward at the time], he was walking down the middle of the street and mouthed off to the cop that dared ask him to move to the sidewalk. He's being accused of shoplifting [this was how police described the corner store incident with the Swisher Sweets at the time]. And they're spinning his planning to go to a vocational school to be an HVAC technician as 'starting college', which sounds to me like grasping at straws to build up his character. In a few weeks, his true character will become public, and that will completely undermine what SHOULD be a legitimate case against police belligerence."


Welcome to the future. We have video of Brown intimidating a store clerk half his size in a robbery as opposed to a shoplifting incident, and we have witnesses attesting to various degrees that he not only mouthed off to the cop, but struggled physically with him. As I predicted, the "poor innocent victim kid" bullshit went up in flames, and now every apologist for police militarization is hammering on this character assassination in a desperate effort to make Americans stop asking questions about police behavior.

The objective reality is, Mike Brown's character and the petty crimes he is suspected of are completely irrelevant to the issue in question. Seeing as he's dead; whether or not he robbed a corner store, jaywalked, and failed to comply with a lawful order from, or even assaulted, an officer - are hardly questions of judicial concern. What matters is whether or not his actions warranted the officer's use of lethal force. The burden of proof for THAT is on the police. That's not only US Justice 101, it's common sense; unless you believe in police having carte blanche to open fire on anyone suspected of a petty crime and being disrespectful - in which case I recommend relocating to Belarus or North Korea. And so far, I've seen 0 case the use of lethal force was justified. Although there is no shortage of speculation and spin based on evidence that in no way logically supports that conclusion, and no shortage of the clowns vomiting it getting their panties in a bunch when the logical integrity of their arguments is questioned.

The lesson herein - whether you're a liberal focusing on race and poverty, a libertarian focusing on Constitutionality, or a conservative realizing the similarities to the Bundy Ranch and that government is not above bullying you - is to focus on the questions you want answered and not let pundits frame the debate. Apologist spin is failing miserably because the police response to the protests has been so egregiously incompetent and unlawfully forceful that it has drawn in 1000s of diverse, previously unaffiliated Americans for whom this is not about Mike Brown. But had the various law enforcement agencies involved in the aftermath shown a morsel of professionalism or restraint, I guarantee you the Rush Limbaughs would convince most Americans that because Mike Brown was a bad kid, the Constitution somehow doesn't apply to him and police should not be held accountable for their actions. This has happened over and over and over, and the most vocal elements in opposition of law enforcement abuse of power perpetually allow themselves to be highjacked by the Al Sharptons and Benjamin Crumps of America. These so-called "activists" flat out LIE about thugs like Brown being victimized innocent children to perpetuate racial divides that serve as their job security, and when the right exposes them, accurately - the actual root of the issue is completely forgotten, and people continuing to question the police are seen as marginalized lunatics.

I don't care if Mike Brown was black, white, or green with pink polka dots on his back. I don't even really care if he manhandled that store clerk, and was generally a jerk that liked to use his size to intimidate and bully others. I care whether or not he did anything to warrant a trained, sworn officer of the law shooting him 6 times and killing him. The police are not authorized to do that barring very extreme and specific circumstances; and when they do, they are required to demonstrate those circumstances to the public. Put down the race card, shut up about Mike Brown's personality, and keep protesting and rallying and refusing to comply with orders to disperse until law enforcement fulfills this legal obligation. Otherwise, we will get swept under the rug and send law enforcement the message, for the umpteenth time, that it's open season on any person who looks at them wrong.

And Sharpton - put a cork in it.