I know I haven't lived up to my own standards of consistency with the Mediacrity awards in recent weeks, but this one was just too good to pass up. 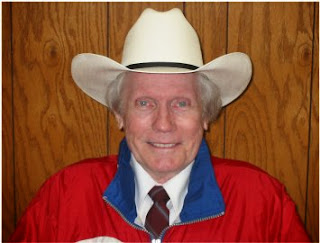 Firstly, from the bottom of my heart - GOOD RIDDANCE. He was a despicable, vile piece of human garbage and the world is a better place without him. Watching his band of inbred morons whine that the country "gleefully anticipated his death" is immeasurably satisfying, we're merely treating them the same way they've treated 1000s of innocent people for decades. If every remaining adult member of the WBC died a miserable, torturous death today; I would celebrate and relish in the disapproval of anyone insisting this is wrong. Bullies continue to hurt the innocent because a plurality of humanity lacks the resolve to use effective, neutralizing counter-aggression against them; often misled by a gross misunderstanding of the same gospel Phelps CLAIMED to preach.

But all that being said, I can't think of anyone more undeserving of the news coverage they've received. The coverage of Phelps' death is only reasonable considering the coverage of his life for decades, but the latter is what the media ought to be ashamed of. Without them making a national spectacle out of these degenerates' activities, they would have never risen above the status of a few dozen hicks stuck in the 18th century. I hate to acknowledge this but in a sick way, Phelps was brilliant. He knew exactly how to exploit the media's disturbing fascination with gratuitously offensive, mind-numbingly stupid behavior and turn his cult of socially incompetent waste into a national sensation. If ever there were a wake-up call for the US to re-think what we consider news, THIS pile of turd is the incarnation of it.