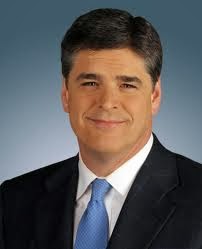 Earlier this week, an EoC fan who is by far no stupid man asked Joe if we felt the global situation had become more serious and dangerous now that China had aligned with Russia. After doing a little research, we determined that our associate heard this on Sean Hannity; who simply LIED about it. Here's a direct quote from Chinese foreign ministry spokesman Qin Gang:

"China has always upheld the principles of diplomacy and the fundamental norms of international relations. At the same time we also take into consideration the history and the current complexities of the Ukrainian issue."

According to Sean Hannity, this constituted "China weighing in on Russia's behalf," leaving me to wonder who slipped sugar pills into Hannity's anti-psychotics bottle that morning.

I'm hardly happy with Obama's handling of the crisis. But the President's Carter-style naivete and incompetence in dealing with Putin does NOT validate the interventionist proposals of Romney and Palin. That false dichotomy completely ignores the inconvenient possibility that those proposals would have made this crisis even worse. Further, there is nothing "conservative" about these suggestions. Belligerent warmongering was the foreign policy of JFK, LBJ, Nixon, both Bushes, and Clinton - all Presidents that squandered resources and enabled our enemies. Eisenhower brought the USSR to the brink of ruin in the late 1950s by refusing to make deals and letting Moscow choke on its own incompetence; and Reagan - who spins in his grave every time Hannity compares Romney to him - finished that job by returning to that policy 30 years later.

Unlike Hannity's "evil commies" fantasy, China's neutrality makes perfect sense. It has sat on the sidelines of every crisis in the last few years - Egypt, Libya, etc. - and then proceeded to roll in and establish economic ties with new governments where old ones had fallen, welcomed as the only superpower that hadn't pissed everyone off by meddling. It clearly intends to do the same with Russia, as it has crucial ties with powerful regional capitals Vladivostok and Novosibirsk; both of whom are simply dying to buck Moscow and establish independence. This neutrality for economic gain is a Jeffersonian principle, BTW, and watching the Chinese government use it better than modern Republicans or Democrats is downright disgusting.

So to summarize, there is no reason to lose sleep over a looming WWIII against a China-Russia Axis; or to sign over our lives and bank accounts to the military contractors holding the Neocons' leashes. There is, however, a need for Republicans and conservative independents to get educated on history, and vote in their Primaries this year and in 2016 against any politician presenting these fabricated threats as grounds for policy. We need to replace the globalist hippies in power with actual limited government thinkers, NOT with belligerent pseudo-Democrats.

And Hannity, put a cork in it.