This Week's Mediacrity Award Goes To.... 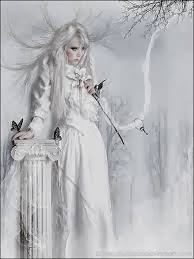 I'm a very patriotic American, but let's face reality folks. With the exceptions of South CA and Hawaii - our weather sucks, kind of a lot, and in many places year-round. The media's incessant focus on heat, snow, and storms in the US is a little bit like reporting that grass is green or the sun is hot. Catastrophic events like Katrina or Super Storm Sandy are newsworthy, sure. But short-term record cold and snowfall in Atlanta as front page national news for a week? REALLY?

The media is used to dumbing down the news to a lowest common denominator to make it palatable to large audiences, and as we go through a time of rapid shifts in political and cultural views - they find themselves in a bind as that palatability is increasingly difficult to predict So rather than report on, say, President Pinocchio and his lie-filled circus of a SOTU address because some people might not like it - they find the weather to be a safer and more unifying subject. In doing so, they are failing to deliver the service that they promise the American people for their patronage, and deserve to be held accountable through exposition.